Forget the fuss. This apple cinnamon crostata tastes like a delicious apple pie, but it takes minutes to make. It’s meant to be rustic, and even a little haphazard – that’s part of it’s tasty charm! You can enjoy a warm slice as an afternoon treat with coffee or tea, or serve it as the big dessert with dairy-free whipped cream or vegan ice cream. 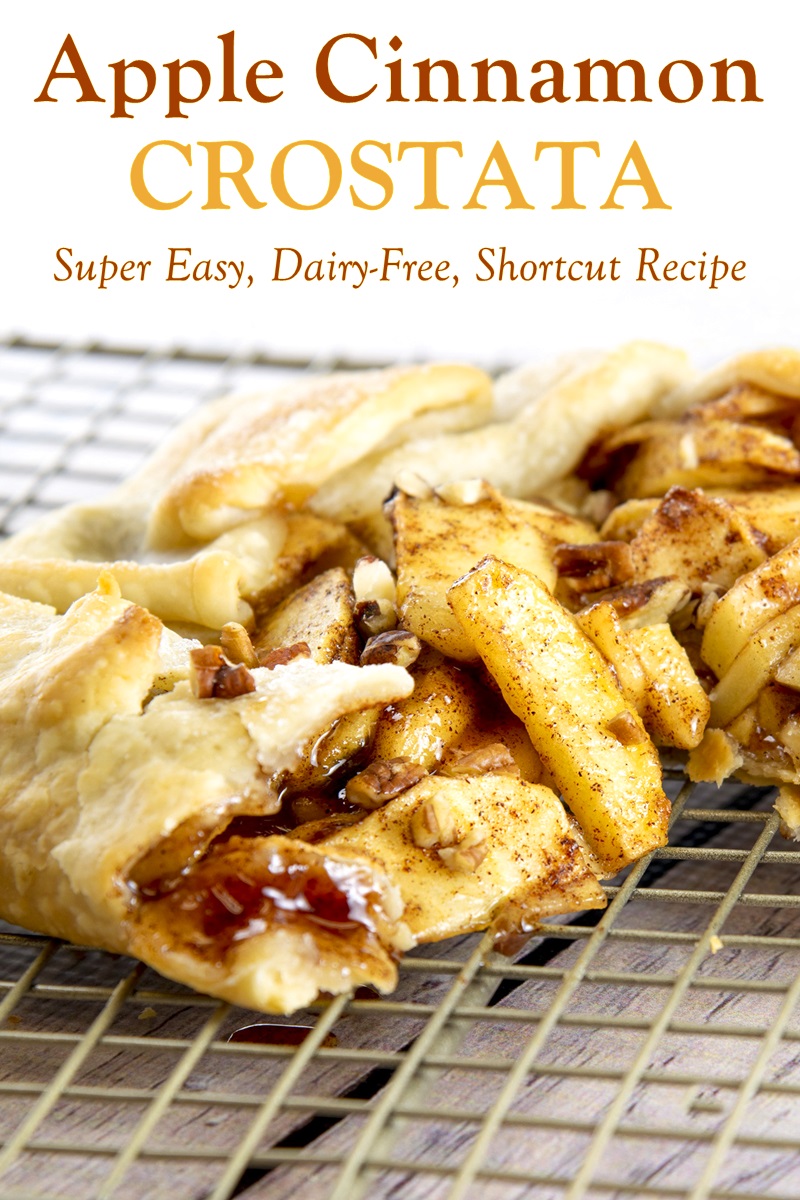 Dairy-Free Apple Cinnamon Crostata so Easy, Anyone Can Bake It

If you aren’t great at crimping (join the club!) then this is the dessert for you. Crostatas are like free-from pies that don’t require any artistic baking skills. Because they use just one pie crust, they’re also great for smaller gatherings or households. This apple cinnamon crostata is still a full-size dessert, but it serves about 6 people generously, so even a party of two can easily polish it off in just a few days. And it is SO easy, why wouldn’t you make it? I even have a few tips and a video to ensure seamless results.

They used Pillsbury Refrigerated Pie Crust to create this recipe, which is dairy free, egg-free, nut-free, and even soy-free. The only top allergen is wheat. But this product is not vegan because it uses lard.

A lot of store brand refrigerated or frozen pie crusts are actually vegan, but they often contain soy. If you use frozen pie crust, you will need to let it thaw before making this dairy-free apple cinnamon crostata. And of course, you can use homemade pie dough! It’s a little more effort, but still quite simple. One of my favorites is this Buttery Flaky Dairy-Free Pie Crust Recipe, but this Easy Vegan Pie Dough is great if you need to use shortening. For a simple oil-based recipe (no coconut, palm, or shortening needed), my Easy Peasy Pie Crust Recipe in Go Dairy Free: The Guide and Cookbook can be rolled out to make this dairy-free apple cinnamon crostata.

If you do make your own pie crust, simply roll it out on a piece of parchment paper, and slide the parchment right onto your baking sheet. No preparation required. You can then add the apples and enclose it without having to make any delicate transfers. 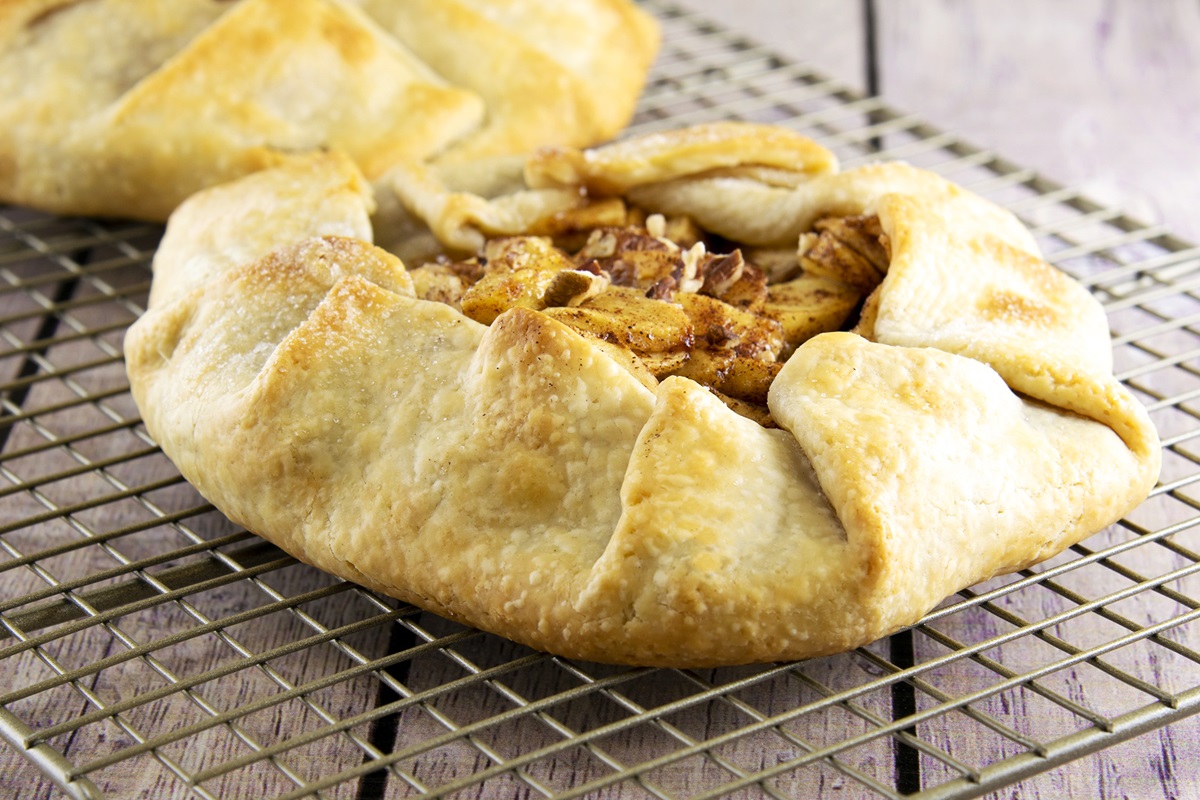 This apple cinnamon crostata can be made with most types of sweetener.

Quick How To Video

Culinary.net provided the recipe, photos, and this helpful video for baking an apple cinnamon crostata. 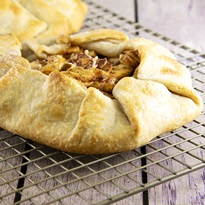 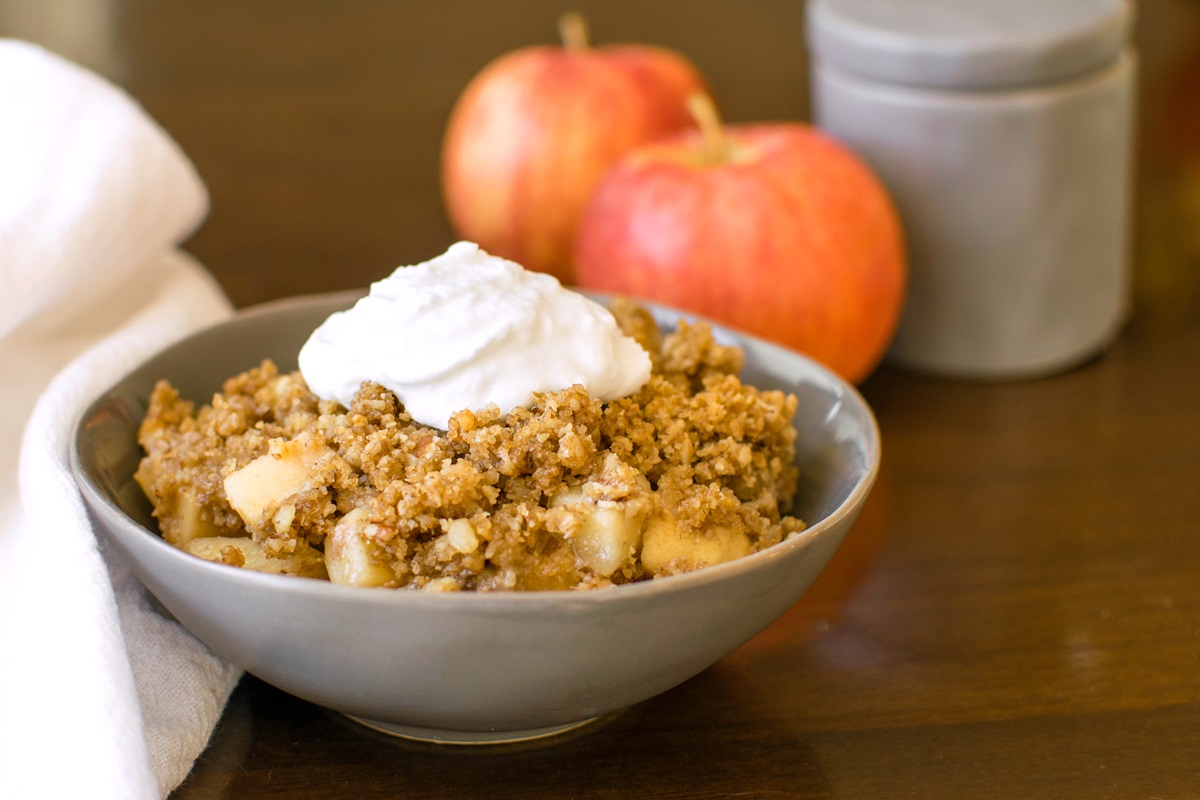 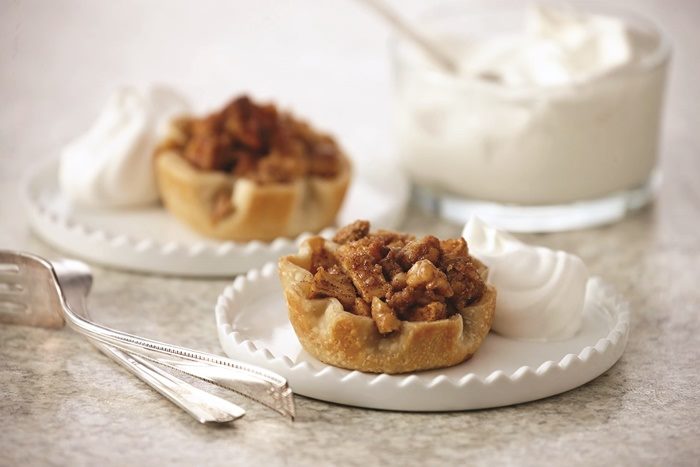 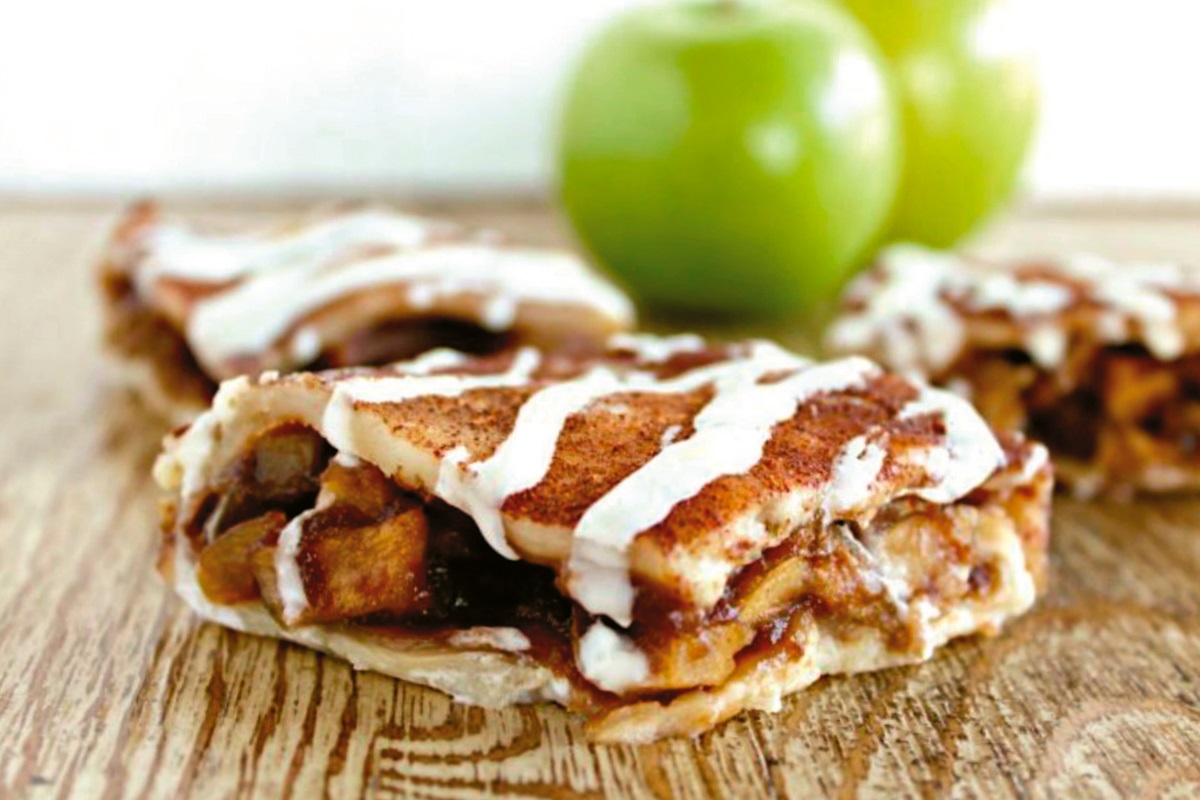